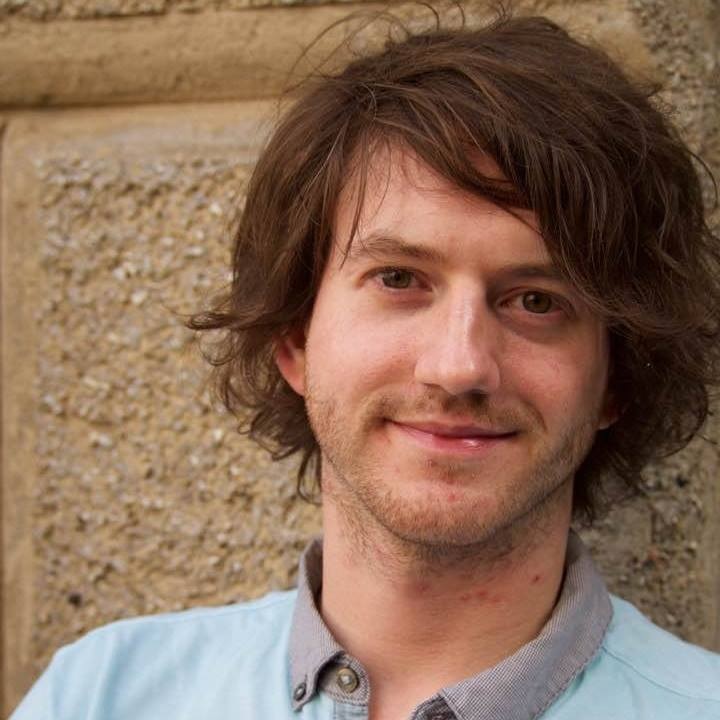 UK Domain Home › How can authors use social media to promote themselves and their work?

In today’s #asktheukdomain video I answer the interesting question: “How can authors use social media to promote themselves and their work?”

I’ll show you the things that as a writer you should be doing and things you may want to think twice about doing on the main two social channels for authors; Facebook and Twitter.

These are summarised below.

♪ [music] ♪ Hello, and welcome to The UK Domain. Today’s question comes from Henry Cockburn on Twitter who asks, “How can authors use social media to promote themselves and their work?” I’m going to show you some things that, as a writer and author, you should be doing, some things you probably shouldn’t be doing. Bear in mind, with all of these there’s a bit of a grey area, so just because I’ve said you should be doing something doesn’t mean you should be doing it all the time. Conversely, as we’ll come on to, there are some things that perhaps you should think twice about doing, but some authors do break these rules.

So, when we talk about social media for authors, generally two channels are the ones that get referenced. One is Facebook and one is Twitter. These days, most novelists and authors, they’re on Twitter. They don’t use it necessarily as a promotional tool, although it does have that knock-on effect, they use it because other authors are on Twitter, and they can talk to each other, and Twitter seems to kind of cultivate this community of authorship, which is really nice. Facebook, on the other hand, lots of authors may have Facebook pages set up for them as authors. A lot of the time, these pages aren’t actually run by the authors, they’re run by the publishers and the publicists of those publishers. So, Twitter, absolutely that’s run by you, ideally, as we’ll come on to and you use that as just your tool for talking to peers and talking to your fans and readers. Facebook may well be run by your publisher. If you’re self-published, you’ll also be running this yourself and there are things that you should be doing on there which we’ll cover.

So, let’s start off by looking at the things that you should be doing. So, first of all, latest updates. Social media is just a really, really simple way of letting your readers and your fans know what’s happening. That could be your latest book or an article that you’ve just written. It could be an event that’s coming up at a bookshop. People may follow you on Facebook and Twitter just to find out where you are next and what’s happening next, so it’s brilliant for that.

Behind the scenes. So, particularly when someone… You know, when you have a fan and someone’s really interested in your work, they want to see the behind the scenes. They want to know how you’re getting on with your next novel. They might want to see little sentences from a novel in progress. They may want to… There are some authors, for example, who’ve shared Spotify playlists for their novels that actually show you song by song, chapter by chapter, the music that embodies their work. You can use social media as a way of showcasing you as a writer, which kind of neatly leads on to writing tips.

So, you as a writer, is fascinating to anybody who’s got a slight interest in writing. And a lot of the people who may follow you on Twitter or Facebook, particularly Twitter, may well be aspiring authors themselves, so share your tips. If you’ve come into a difficulty, share that. If you overcome your difficulty, share that. If there’s things that you think other people should be doing, share those tips. It’s really, really valuable, and it’s kind of gold mine, gold dust, for anybody who’s interested in writing and wants to improve their own craft.

This one is the most salesy and advertorial of all the tips that I’m sharing, and that’s competitions. So, a lot of authors, usually from persuasion from their publishers, will run competitions. So, it might be the case that you have, you know, “Follow me and retweet this tweet, and I’ll be giving away five signed copies of my latest novel,” for example. Again, like I say, that’s usually under the persuasion of a publisher. If you’re self-publishing, then absolutely do this, because you build up your follower base because people will follow you in order to enter the competition, and it gets the reach of your name and your novel out there to a wider audience.

So, let’s talk about too salesy. So, as I’ve said with competitions, you don’t want to overdo it and you definitely don’t want to be too salesy on social media. That’s because people just turn off. People will just think, “Oh, this is a marketing channel,” and they won’t listen to you. So, with the competitions, use them sparingly. There are examples, for example, there are some authors who will have this automatic direct message on Twitter, so you’ll follow them and then they’ll auto-DM you with some details, and it feels so salesy and it doesn’t feel genuine. Be careful. It’s not a sales tool. This is a tool for you to express you and your personality and that has a knock-on effect of promoting you and also, hopefully, generating sales eventually.

Third-party posting. Usually, if an account is too salesy, it’s run by a third party, so that means run by someone that isn’t you. As I’ve said with Facebook, a lot of Facebook pages for authors are run by publishers, which is okay, frankly, because a lot of the time people don’t expect it to necessarily come from you, but if it does, that’s even better. But Twitter, having someone else run your Twitter account, it’s just a massive no-no. Don’t bother. Twitter is about you as an author, it’s about you and your personality, so don’t have that managed by somebody else, because people will be able to tell, as well.

Politics. So, this is an area where I’m not going to say definitely don’t share your political views, because a lot of authors, on Twitter particularly, share political views. The only thing you need to be careful of is that as soon as you start sharing political views on Twitter, you will alienate one portion or multiple portions of your readership, or potential fans. There is one high-profile bestselling author in the UK who quite recently has been quite vocal about certain politicians. His publisher told him to stop sharing those views. He didn’t stop. He actually increased them, and he was still number two, number one in the bestseller charts. So, it’s not a thing that you should definitely not do, because if you’ve got opinions, that’s what social media is for, it’s for sharing them. Just be careful that you might offend people or you may push some people away depending on your political leaning.

Finally, not engaging. So, again, social media is a platform that’s not just about broadcasting your view. Social media is a platform which you talk to people. Again, especially on Twitter, there will be people who tweet you, who will reply to your tweets. There’ll be fans who want to talk to you. Reply to them. You know, getting a reply from one of your favourite authors is such a… It makes somebody’s day to hear from their favourite author, so do talk to your fans.

So, there are my tips for social media for authors. Things you should do, things you should question. If you’ve got a question you’d like to ask The UK Domain, you can do so using the hashtag, #asktheukdomain, and we’ll turn your question into a video. ♪ [music] ♪