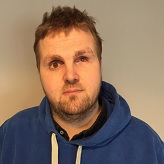 It seems that every brand these days has a slogan, from huge brands such as Nike “Just Do It” to the takeaway shop around the corner from mine called Biblos, “Healthy, Tasty, Fast”. In a market saturated by brand names, slogans are used to make an impression and differentiate from the competition.

But, are they always worth the effort of hours of consideration? Do all brands really need a slogan?

What is a slogan?

A slogan, as described by that most venerable of publications, The Oxford Dictionary, is:

“A short and striking or memorable phrase used in advertising.”

So, unpacking this, a slogan must be:

So, a slogan must be short or brief. It must be a bite-sized phrase that not only looks good written down in adverts, but something concise enough for the average person to be able to bring to mind at a moment’s notice. Not only do long rambling slogans not fit into the restricted spaces of adverts but the message also becomes unwieldy and diluted, losing that essential “Punch”.

A slogan should be “striking” or “memorable”. This can be something as easy as using a common phrase or adopting a common phrase to your own brand. It could also be evocative, producing an emotional response from the customer such as laughter, or a sense of well-being. As with any good copy, it should move the reader, affecting them. In this way, annoying slogans can be just as effective as funny ones, sometimes more so.

Fictional business time… We’ve decided to set up selling cheese on toast. It’s not an original idea, many places do it, some crazy folks even make it in the privacy of their own home, and the name of this new venture, “Cheesy Peasy”.

Though we are not the first business to slap a slice of cheddar on a doorstep of toasted bread and pop it under the grill, we are confident that we will be the very best. In fact, we are certain that we will be the first trillion-dollar purveyor of melted dairy products on slabs of hot crunchy toast… You butter brielieve it! And, if our fellow trillion-dollar sister Apple have a slogan, “Think Different”, then, edam it, we need one too.

How the big cheeses do it

First of all, we consider the biggest brands, our future competition.

A simple phrase. No puns, nothing clever. It’s just honest, positive and puts the reader at the centre of the phrase with “I’m”. It emphasises that honesty with the type of language it uses, “Lovin” instead of “Loving” which removes any pretensions and increases access-ability to the common person.

On the surface, a rather nonsensical slogan until it is paired with the advertising campaign itself. This is an example of a slogan being neatly integrated into a brands advertising rather than working as a stand-alone phrase such as “I’m Lovin’ It” for McDonald’s. Again, Red Bull, use an unconventional spelling for “Wiiiings”, a striking disparity that will stand out to any reader.

A clever slogan in that it helps the customer remember a rather obscure name by association with the word “Maybe”. The slogan is also speaking to a particular demographic, women, and does so in such a way that it suggests that they might already have “It” which conveys confidence and strength. It evokes a sense of body positivity that many cosmetic brands miss.

From these examples we can tell that the slogan does not only have to be concise and memorable but also represent the personality of the brand, in the case of McDonald’s it is honest and accessible, Red Bull is excited and frenetic whilst Maybelline is empowering for women.

So, the slogan has to be short. Aunt Agnus’s suggestion of:

“Cheesy Peasy: Because everyone likes cheese on toast at any time of day” probably doesn’t satisfy this criterion.

The slogan also has to be memorable, which dear old aunt Agnus’s is not.

Finally, after many cups of tea and several rounds of cheese on toast, we decide on:

This will be artfully included into our advertising campaign with a cartoon mouse that aspires to snatch cheese on toast from a human’s plate way up on the table top… Okay, possibly not my best campaign idea, but it is a fictional business after all.

But, are slogans really necessary?

In overpopulated and competitive markets everyone must take any opportunity they can to get ahead. With the internet fast running out of web addresses with pretty much every connotation of phrase, words or even acronyms taken as domain names, it is almost impossible to create an original brand name that conveys exactly what your business does.

Slogans and tag-lines fill this gap. It is a means of informing customers what you do, your values and how you may differ from the competition. It can make you memorable whilst all the other businesses are forgotten.

Of course, a slogan will not make or break a brand, not unless you are either a literary genius or obscene, rather it is part of a larger advertising strategy.

But, do you actually need a slogan?

Back to cheese on toast… We begin our empire on a handcart selling Cheesy Peasy cheese on toast to students as they emerge from a local club, drunk and in need of something delicious to soak up all the booze.

In a market with no competition and a customer base who can’t see straight, a slogan is not necessary and would only take up valuable signage.

So if you are filling a niche market, it is most likely that your customers already know who you are, what you do and what values you aspire to.

But this doesn’t only apply to us on our little cart, it applies to big business too. Once a certain level of brand familiarity is reached, there is really no need to differentiate oneself from the competition, therefore a slogan might become redundant.

Apple’s slogan as mentioned is “Think Different”, but they are so well known by their customer base that they’ve dropped it. People already know who they are, what they do and the sort of brand that it is.

Likewise, Google used to have an unofficial slogan, “Don’t Be Evil”, which is a bit bizarre anyway, but even if it wasn’t a weird slogan everyone knows who Google is and what they do, and their values.

Furthermore, companies that have expanded to serve several different markets with a variety of products and services can evolve passed slogans which, when conceived, were very fitting but now fail to represent the brand message or values.

We find that the biggest slogans appear in consumable commodities such as food, drink, makeup and household items. Such markets are a prime example of having to stand out. Slogans, in this case, are designed to keep the brand at the front of the customer’s mind as they, for example, make their weekly shop. Converting a customer to your brand is half the battle, by making it intellectually appealing through a strong brand message, which will include a memorable slogan that moves someone, means that next time they’re reaching for that bag of nappies, or this pack of sausages, it will be your brand at the forefront of their mind. 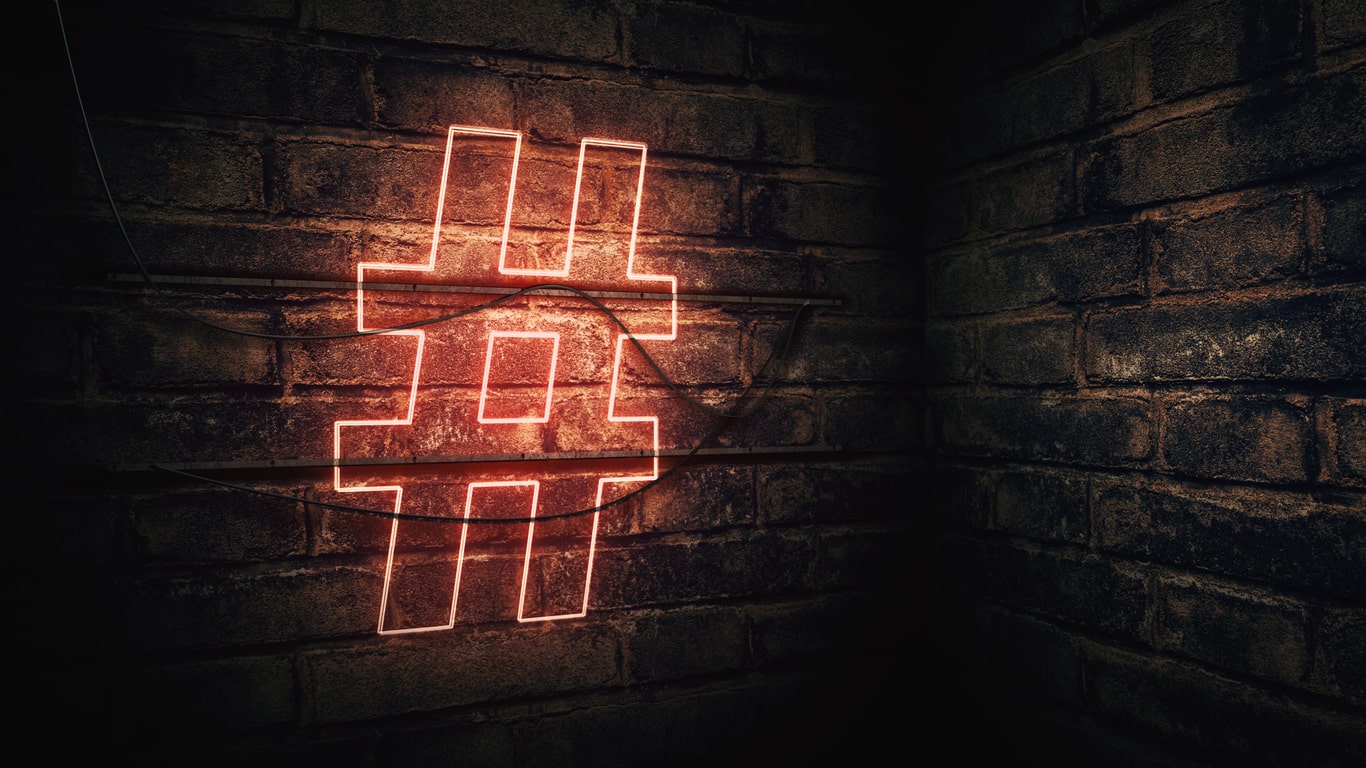 It seems that everywhere you look you see slogans, in magazines, on television and on social networks. Furthermore, the rise of the hashtag has created a new field of transient slogans that both brands and individuals now use.

Hashtags, as you will know if you spend any time on Instagram, Facebook or Twitter, is used by brands, celebrities and private individuals to identify with certain causes, promotions, activities or lifestyles.

The hashtag started as a way of indexing related posts so that content consumers could easily join certain conversations on platforms like Twitter but since their introduction hashtags have evolved into something more akin to “Life Slogans”.

Brands use hashtags to gain traction with new promotions or advertising campaigns. As fleeting slogans they work well, they will either gain traction or they won’t but because it is an organic process of sharing through social networks, failures are rarely noticed.

Audience reactions to slogans and hashtags

People seem to be divided on the use of hashtags to slogan your life. Terms such as #Fitspiration, #BestLife and #SorryNotSorry abound. In some cases, they are afterthoughts or justifications of situations, in others, they are all out bragging, though normalised ones. If everyone is doing it, it can’t be that bad, right?

In the modern world of frantic consumption, brand slogans seem to be less potent. The constant bombardment of media telling us to go here, buy this, subscribe to that has become so much noise that the quantity and rapidity of prompts to buy items and services means that there is little retention for clever little slogans.

With individuals adopting hashtags as their own personal slogans it might be that we are all becoming desensitised to all but the most established slogans.

It may be that there is still a place for slogans on the individual level, a means of identifying with ideas, but with such scope and diversity of such neat concepts, all but the very best are inevitably lost in the clamour.

Note: The author must apologise for the cheesy jokes within this article. He’s gouda grow up…